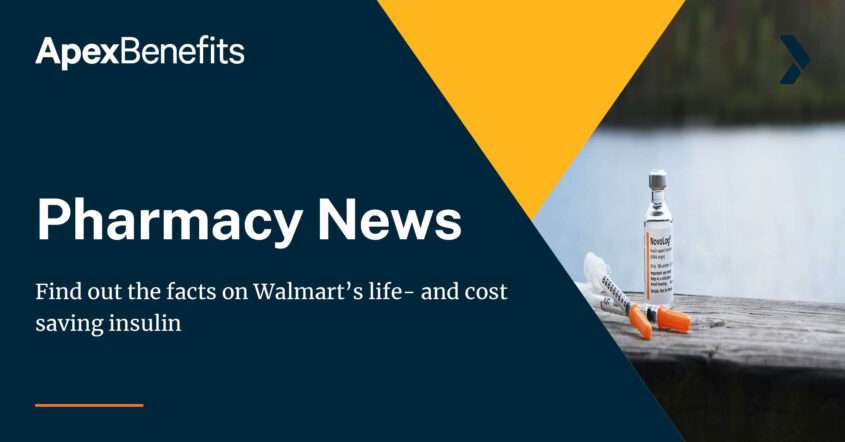 Walmart recently released its own brand of analog insulin for people with diabetes to boost its pharmacy business and compete with Amazon’s recent push to sell more medications.

What is analog insulin?

Analog insulin is a man-made insulin designed to closely mimic the way the human body naturally produces blood sugar and regulation. Currently this product is very expensive despite being widely needed.

For the past couple of years, Walmart has been selling human insulin to more than 3 million of its customers for about $25 per dose. Compared to brand-name analog insulins sold by other companies that can cost over $300 a vial, Walmart’s human insulin offering has been a lifesaver for some.

However, the higher-priced analog insulin far outperforms human insulin in every way and is much more effective for individuals with diabetes – and that’s why Walmart is now selling the analog version.

Walmart’s head of health and wellness business, Cheryl Pegus, said, “Diabetes is one of the most rapidly growing diseases in the country, and we know from our customers that cost is a major factor in how you manage health care.”

Walmart’s decision to sell this new insulin could be a total game changer in the world of medications and healthcare costs.

Walmart began selling ReliOn Novo Log this past week in the U.S., with a prescription. Walmart made a statement saying the insulin costs up to 75% less than the current price of branded analog insulin products for uninsured patients. Walmart’s analog insulin costs $72.88 if administered through vials, and $85.88 for a FlexPen version. The insulin is currently available in Walmart pharmacies and will soon be available in Sam’s Club warehouse locations in mid-July.

To make this insulin launch possible, Walmart has partnered with drug manufacturer Novo Nordisk. This partnership took two and a half years to finalize.

Fifteen years ago, Walmart began disrupting drug makers and pharmacy chains by introducing generic versions of drugs for things like allergies and high cholesterol, saving consumers more than $1 billion. They continued to expand this line of drugs in 2008.

Over the past two years, Walmart has also opened 20 low-priced clinics in various states to earn more of the nation’s $3.6 trillion health spending. Their goal was to gain loyalty through their already existing customers by providing clinics as well as a place to purchase less expensive medications.

Longevity for this new brand of insulin

Kinetiq Health Pharmacy Benefit Practice Leader at Apex Benefits, Erin L. Albert, MBA, PharmD, PAHM, says “this release of analog insulin is a win for patients without insurance and patients with high deductible health plans. It is still unclear whether the introduction of this new insulin will save employers money since this version of insulin does not have drug rebates on it, while many brand insulins still do.”

It will be exciting to see how this new brand of insulin from Walmart does in the pharmaceutical world, and whether it will actually save money for the individuals purchasing it.

Read more insight from Erin on other pharmacy related topics.