Resiliency Through Self-Care, But What Is It? 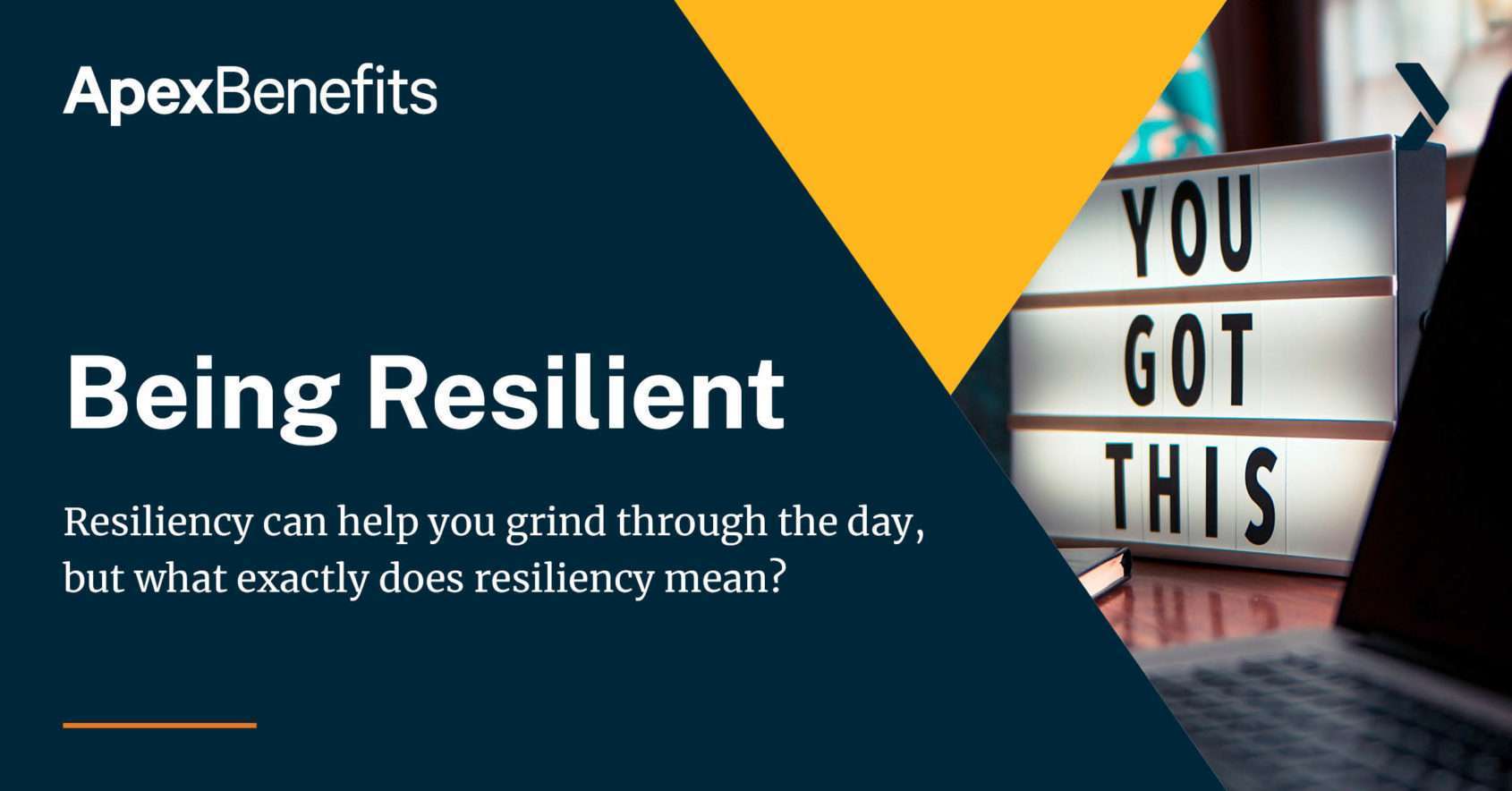 Showing resiliency is a positive attribute to have.

But how can you be resilient through self-care if you don’t exactly know what that means?

According to Merriam-Webster, resiliency is defined as: an ability to recover or adjust easily to adversity or change. How can that be applied to practicing self-care?

That topic was discussed between our HR Specialist Brooke Salazar and The Stress & Resilience Founder Paula Davis-Laack in the opening episode of our Light Your Fire: Beyond Burnout campaign titled, “Resiliency Through Self-Care.”

Here are some takeaways from the episode:

Resiliency is more than recovering

While true that showing resiliency is about recovering or adjusting from adversity, Davis-Laack says it goes beyond that.

“When folks think of resilience they think about the bouncing back,” Davis-Laack said. “But not necessarily so much the bouncing forward part.”

By her definition, Davis-Laack says resilience is the capacity to not just bounce back from challenge, change, failure and setback, but also to grow and thrive from those setbacks.

“That’s really the hallmark of resilience,” Davis-Laack said. “It’s one of the distinguishing factors that makes resilience different from something like grit or mindfulness.”

There are myths about resilience

One of the common misinterpretations of resilience is how it’s shown, says Davis-Laack.

“Resilience is not this superhuman capacity to help you deal with every challenge perfectly,” she said. “You don’t have to always look together and buttoned up. That’s why I love it because that’s not how I am.”

In fact, you can still be very emotional and show resilience. Davis-Laack noted that can even mean sitting in your car and spending five minutes crying because you’re overwhelmed.

“Processing your emotions and being able to sit with strong emotions and recognize when your thinking is counterproductive…that’s also resilience,” Davis-Laack said. “It’s not just getting people to work hard or be tough.”

Salazar echoed that statement. She said being resilient can be as simple as getting through a tough day.

“The way I cope is never going to be Instagram worthy,” Salazar said. “But it is nice to be proud that I got through the day.”

Debriefing can help in the workplace

Resilience isn’t just limited to individuals, and can be used for teams in the workplace as well. Teams will be under heavy pressure when a project is close to a deadline or during a busy quarter of the year.

A way for members of that team to help each other stay resilient is holding small meetings after the project is completed. These meetings can be called debriefings, after-action reviews or huddles and can be as short as 15 minutes.

“It’s this active coming together, and in as little as 15 minutes teams can make a strong impact from a burnout standpoint by asking certain questions.”

Those questions can be: “What did we intend to do?”, “What was actual outcome?”, “What did we do well?” and “What can we do differently next time?”

The result of these meetings is hopefully team members feeling supported and a plan for next steps.

“That feeling of being supported really goes a long way,” Davis-Laack said.

Salazar said those debriefings probably aren’t done enough in the workplace. While sometimes debriefings can include tough conversations, they’re more likely to be beneficial rather than damaging.

“I think sometimes we’re afraid to debrief because we don’t want anyone to feel bad,” Salazar said. “We know they may be uncomfortable, but we’re just going to keep letting them be uncomfortable.”

One of the most powerful ways to help an employee who is burnt out is giving them a sense of belonging. One of the easiest, low-cost ways to give them that is by showing them they’re appreciated.

A low-cost strategy to accomplish this is by writing notes for employees.

“They don’t have to be super fancy things,” Davis-Laack said.

Davis-Laack suggested going beyond just writing notes to employees, by doing the same for their family members at home. Sending a shoutout to the family and being appreciative for them hanging in there during the economic shutdown can be just as effective.

“It might be kind of jarring to the individual who receives it because they may think ‘what’s the catch?’,” Davis-Laack said. “Which also says you’re not doing this enough.”

If you are looking for more ways to avoid burnout and finish the year strong, head over to our landing page for Light Your Fire: Beyond Burnout.