The Other Public Health Crisis 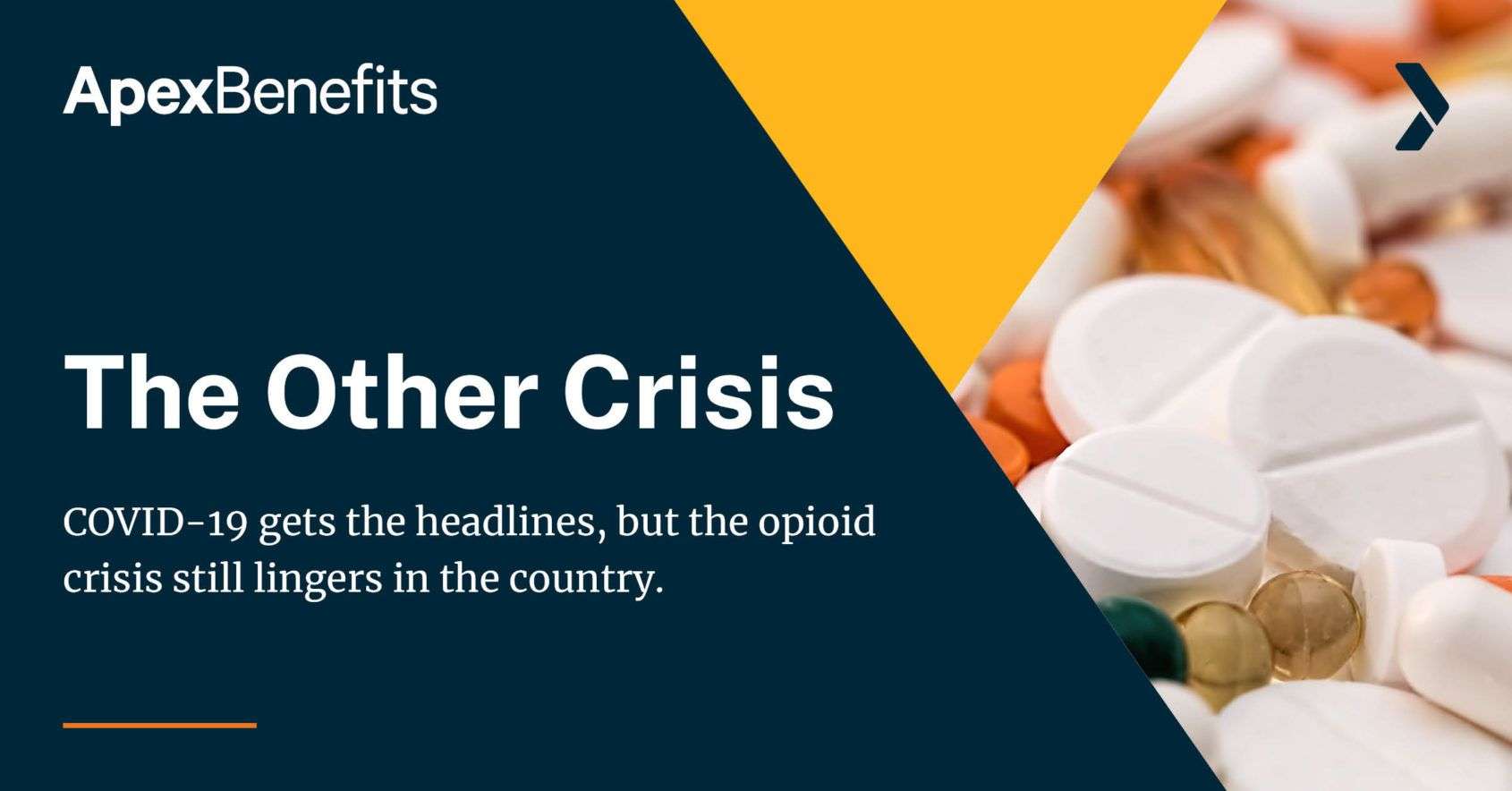 The COVID-19 pandemic has understandably dominated the headlines in the United States since early March.

However, there’s another pandemic also ongoing – one that began long before the first COVID-19 infection. It’s the opioid crisis.

In a recent episode of The Point Podcast, Apex Benefits Pharmacy Benefit Practice Leader Erin Albert and Executive Advisor Scott Long gave an update on the opioid crisis in Indiana, and the numbers are staggering.

“It’s a tough topic,” Albert said. “But it’s something we really shouldn’t take our eyes off of.”

Numbers in the U.S.

In fact, 35 states saw increases in overdose deaths in 2019, while only 13 reported decreases.

“That’s lopsided,” Long said. “That’s not where you want to be.”

There’s also been a shift in the kinds of drugs being used during these overdoses. In the past, it was common for overdoses to be from prescription drugs, but in recent years the overdoses frequently involve synthetic drugs. The most common drug is fentanyl, a pain reliever 50- to 100-times more potent than morphine. Heroine and other illicit drugs are also common for overdosing.

Albert said the decrease in overdoses on prescription drugs is credited to prescribing guidelines issued by the CDC in 2016.

“It meant less prescribing, but in turn, it drove the overdosing to more synthetic opioids,” Albert said.

Albert said Indiana has seen a 35-percent increase in the use of naloxone – a temporary treatment to reverse opioid overdoses – since 2019. Jennifer Sullivan, the head of Indiana’s family and social services administration, announced in May that naloxone was used 1,306 times in April, more than any other month in the state’s history.

There could be several reasons for the increased usage in April – specifically the start of the shutdown caused by the COVID-19 pandemic.

“A lot of research shows naloxone is typically given by a family member or even from one addict to another,” Albert said. “It’s important to understand that if you are a loved one of someone suffering from an opioid addiction problem and concerned about overdoses, it may be wise to have a naloxone kit on hand, just in case.”

How you can help

There are several different ways to help out, says Albert.

Plenty of resources are available. The Drug Enforcement Administration offers prescription drug takeback days twice a year. The next one is Oct. 24, 2020. The DEA also offers a search tool by zip code for authorized collectors.

Albert says the biggest thing to do is talk to your pharmacist about any old prescription drugs. Pharmacies are not allowed to collect returned drugs for refunds, but they can collect them to safely destroy.