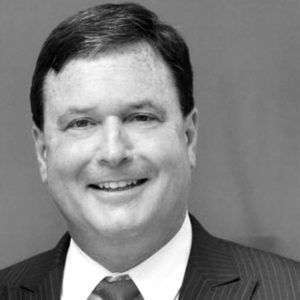 A Principal of Apex Benefits, Todd currently works as its Strategic Policy Advisor, having previously served the company full-time as its General Counsel and Vice President of External Affairs.  Todd advises Apex and its growing roster of clients who employ thousands of hard-working people on public policy initiatives, internal corporate strategies and employee benefits compliance outcomes. In the best interest of the company’s clients, he also collaborates with industry experts to drive positive transformation of healthcare and benefits issues.

A lifelong Hoosier from Munster, Indiana, Todd practiced law for several years before entering public service, representing the interests of Indiana businesses and individuals in state and federal courts. He served as one of Indiana’s U.S. Congressmen from 2011 to 2019 and served as Indiana’s Secretary of State from 2003 to 2011. During his time as Secretary of State, he visited every one of Indiana’s 92 counties every year and uses that experience to help lead and grow Apex’s public sector practice, the largest in the state. Todd was elected to serve as Indiana’s 44th Attorney General in November of 2020, earning the highest number of votes of any state office holder in Indiana history.

In Congress, Todd was a subcommittee chairman on the only House committee with jurisdiction over employee benefits, ERISA, EEOC, and the Department of Labor as well as one of only three committees in charge of the nation’s healthcare system. Todd was also vice chairman of the powerful House Committee on the Budget, while also serving ‘The Crossroads of America’ on the Transportation and Infrastructure Committee.

Todd is an Eli Lilly Fellow and graduate of Wabash College and earned his Juris Doctorate from Indiana University Robert H. McKinney School of Law. He and his wife Kathy, a partner at Somerset CPAs and national president of the Angelman Syndrome Foundation, reside with their two sons in Hendricks County. During his free time, Todd enjoys trying to restore older classic cars. He also is a commercially rated airman, flying several air-charity missions each year and he serves on the Foundation Board of the Aircraft Owners and Pilots Association. He also serves on the boards of other publicly traded and privately held companies in the healthcare, pharmaceutical, logistics and aerospace sectors.