Open to Closed: The Difference in Formularies 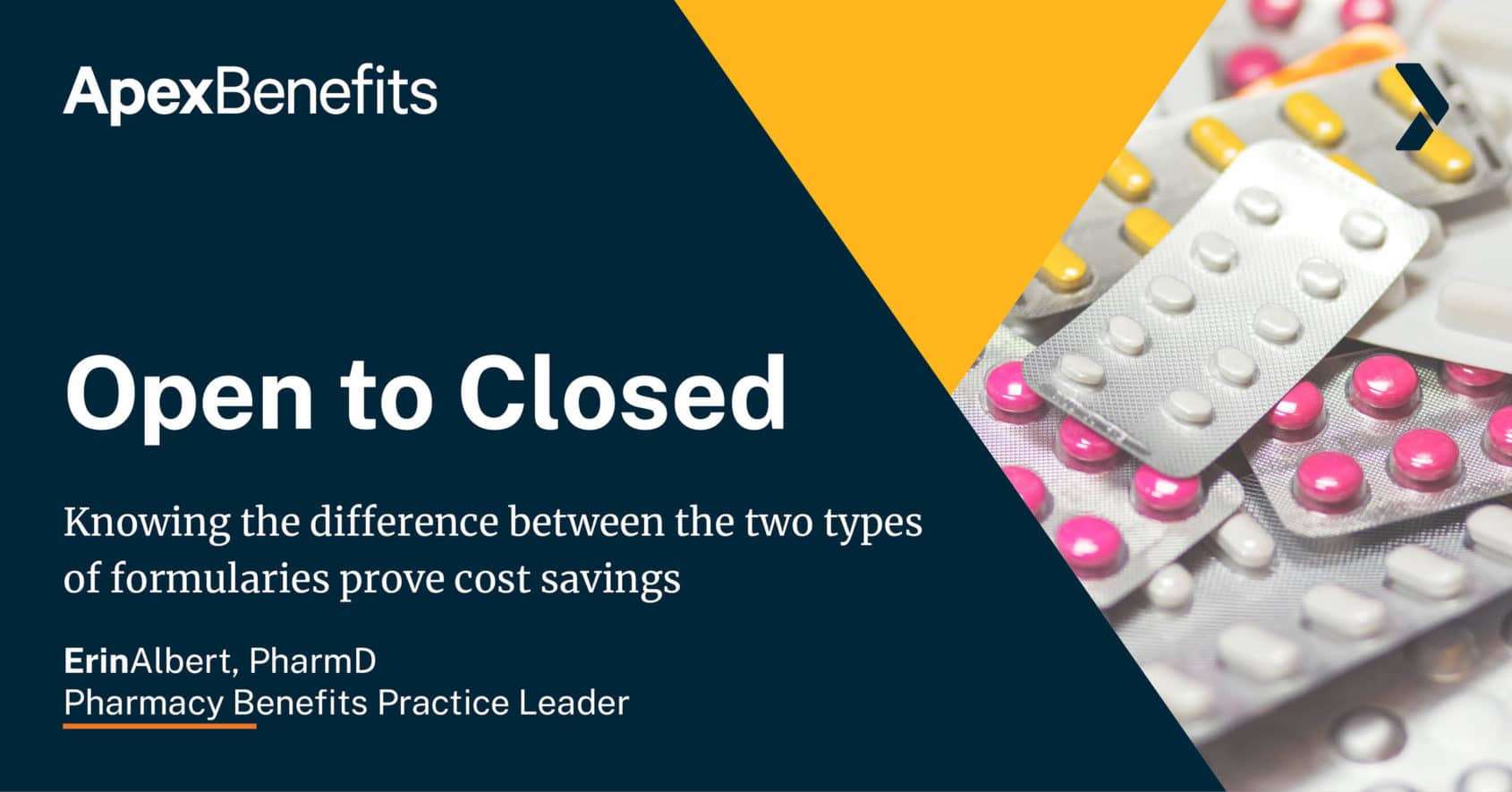 Often, employers want to get the very “best” benefits for their employees, which is a noble cause. That may at first blush equate providing “best benefits” with following an open formulary. Who wants to limit choices? No one!

However, open formularies aren’t always the best options for employees. They come at a cost both due to having limited/poor clinical outcomes and high budget – for both the employee and the employer.

Below are a couple of examples of why a closed formulary may be a better option for patients and employers:

Ex 1: New drug combinations – The drug industry will often patent a drug with two over-the-counter active ingredients, like ibuprofen, and an antacid or an over-the-counter and a generic prescription medication.  Typically, when these ingredients are purchased separately they may cost pennies.  But, when combined, the drug company can charge thousands of dollars a month as a prescription. This drug would not be offered on the closed formulary.

Ex 4: Therapeutic substitution – Let’s say there are 3 different brands of short acting insulin on the market. They each work the same way and have the same clinical outcomes; they’re just sold under 3 different names or made by 3 different manufacturers. Often, the PBM will look at all three options, check the clinical parameters, and then select to cover the lowest cost option of the three on a closed formulary, all other issues being equal with insulin.

These four examples should be part of review of drugs for a closed drug formulary. Before any drugs are removed, they are reviewed by a Pharmacy & Therapeutics Committee – or P&T. The P&T reviews clinical data as well as cost and outcomes by clinicians (medical doctors and pharmacists) in order to understand the value of the therapy before making a recommendation on including it or not on the closed formulary.

In conclusion, open formularies may not be the best option—for the employer footing the bill, and for the employee who is being treated with sometimes more costly and/or unnecessary dosage forms. ‘Open’ doesn’t always meant ‘best’ for you or your employees.

Talk to us, we can help you find the best formulary—both clinically and economically—for your employees and your company.