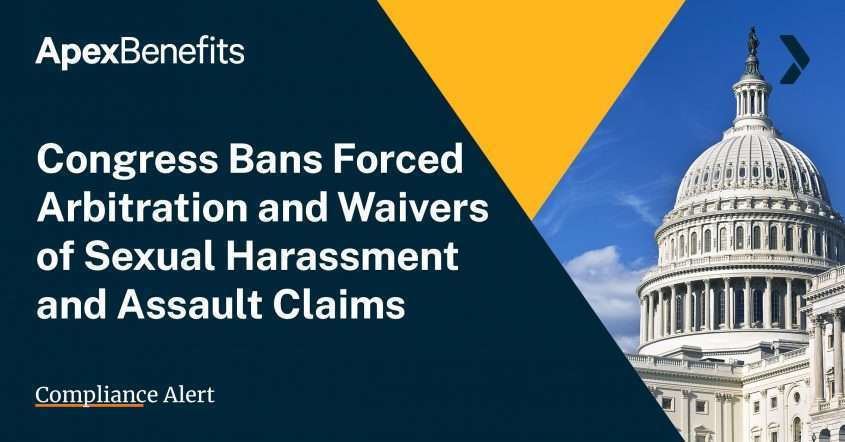 On Feb. 10, 2022, the U.S. Senate passed the Ending Forced Arbitration of Sexual Assault and Sexual Harassment Act. The U.S. House of Representatives had previously passed the Act, which is now expected to be signed by President Biden. Once signed, the Act will go into effect immediately.