A $6M Rx Claim. How Would Your Company Fare? - Apex Benefits
0

A $6M Rx Claim. How Would Your Company Fare? 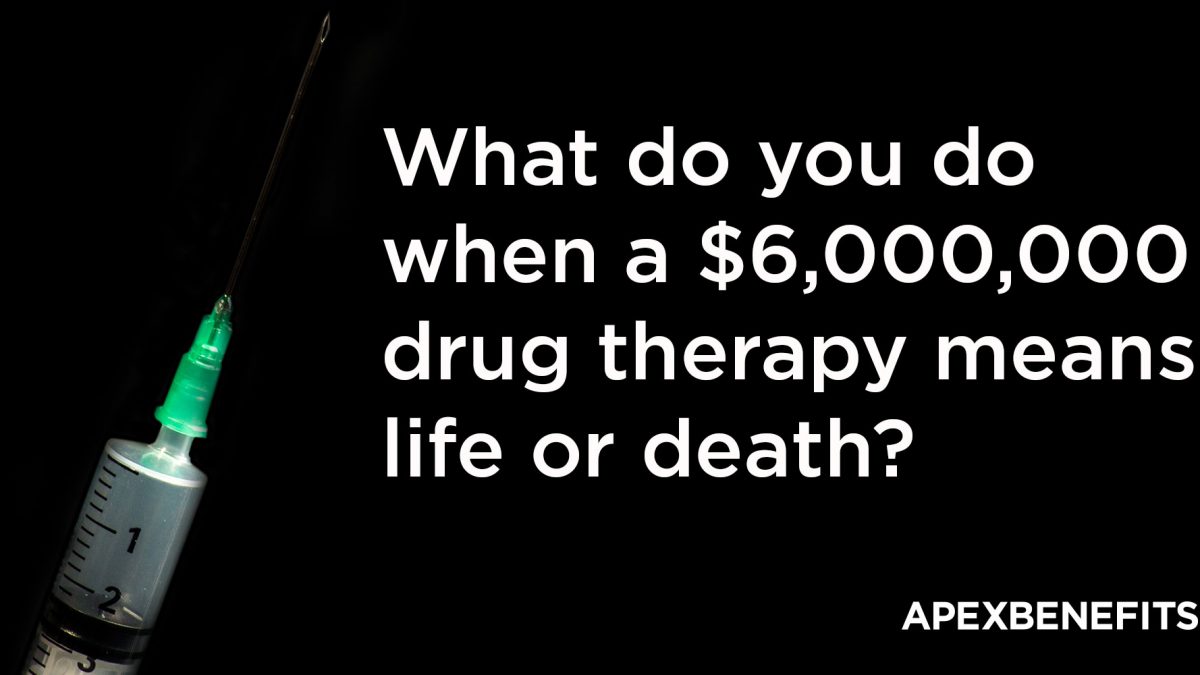 We recently read about Dawn Patterson, a wife of a union worker and mother of two, who needed a specialty drug to treat a rare bone disease “that causes excruciating pain, leaving her struggle to work or care for her family,” the August New York Times article stated.

After a year of using the drug, Strensiq, she was able to return to work part-time and her pain had nearly dissipated.

The drug dramatically improved her quality of life – and that of her children who also have the rare disease. And it’s a drug therapy they will need to continue to maintain quality of life.

Dawn and her husband’s union, which covers the drug’s cost, have been shocked, to say the least, by mounting bills for the treatments. In 2018, the union faced a potential $6 million annual bill for the Patterson household, the article said.

“Strensiq is one of the costliest drugs in the world. It is part of an unsettling trend in which ultraexpensive drugs are becoming more common,” as stated in the article, “spurring a national debate over whether any drug should cost millions of dollars, and whether Americans will be priced out of lifesaving treatments as drug companies maximize their profits.”

Who is Bearing the Burden?

So why does it cost millions of dollars? And is that fair to the employers, who bear the burden of most of the costs, or their employees who depend on those drugs?

While non-specialty drug costs are declining in cost overall, mostly due to many expiring patents and drugs becoming available as generics, the increasing number of specialty drugs coming to market is making the overall cost of medications continue to spiral upward.

The Congressional Business Office has said “the vast majority of drugs recently approved or under development — 80% in 2017 for example — could be classified as specialty drugs,” according to a MarketWatch story.

“Specialty drugs are typically very expensive as they are used to treat, sometime rare diseases like Dawn’s, but more often the drugs have been developed as a treatment for cancer or chronic diseases such as Hepatitis, HIV, rheumatoid arthritis and multiple sclerosis,” says Apex Benefits Vice President of Strategic Solutions Jim Harenberg, CPBS.

“It’s anticipated that 30 to 35 high-cost specialty medications will be approved by the U.S. Federal Drug Administration (FDA) each year for the next several years,” Harenberg states. “With some of these drugs also expected to cost hundreds of thousands of dollars per year and potentially millions of dollars per treatment, employer education and thoughtful planning are immensely important.”

Employers can do several things to help their employees – and their companies – overcome the impact of these expensive medications. The first is to become more aware and better educated about what is happening in the industry and become better prepared for mitigating future risk.

“Just one unexpected diagnosis resulting in a high-cost drug therapy can wreak absolute havoc on an employer’s finances,” he says. “They must consider potential options before these disruptive expenses occur.” 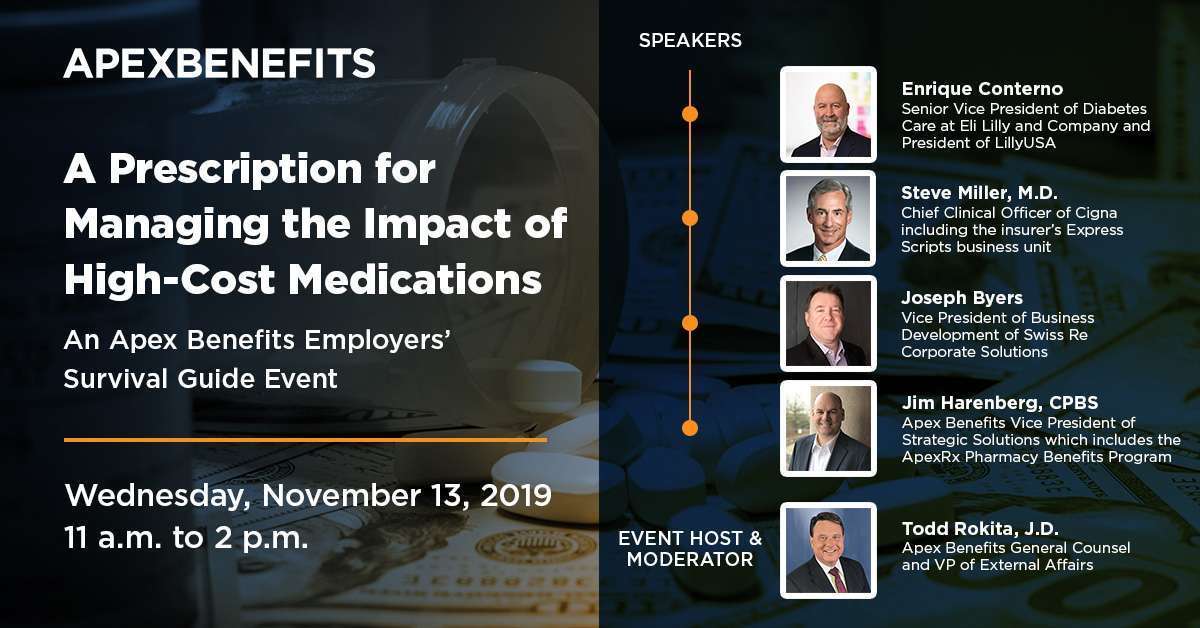 Managing the Impact of High-Cost Medications

Anyone who feels the burden for managing employee benefits for their organization and anyone with interest in the topic is encouraged to attend a free public discussion on high-cost medications on November 13.

The event features a panel of global health and pharmaceutical executives from Eli Lilly and Company, Cigna/Express Scripts and Swiss Re. Harenberg will provide a keynote address and the event will be hosted by Todd Rokita, Apex General Counsel and vice president of external affairs.

Register for the event at http://bit.ly/highcostrxevent.

Hire to Fit Your Company Culture